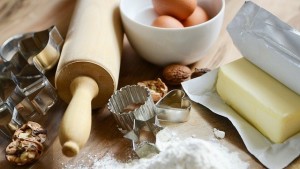 Dorothy Jean (Compton) Hurlbut, 89, of Lower Burrell, died peacefully in her home with her family by her side, Friday, May 3, 2019. She was born in Kittanning, daughter of the late Robert and Evangeline (Shields) Compton and lived in Allegheny Township her entire life. She was known for being a loving wife, mother, and grandmother raising five children and fostering more.  Once her children were grown, she continued to help raise and mentor her many grandchildren.  Mrs. Hurlbut and her husband Kenneth established High Meadows Mobile Home Park in 1970.  She was a member of Puckety Presbyterian Church.  She enjoyed baking, sewing, square dancing, and traveling in her motorhome with her husband, children, and grandchildren.  For 63 years, she was the loving wife of Kenneth L. Hurlbut until his death in 2013.  She was the beloved mother of Peter and Krystal Hurlbut of Wappingers, NY; James and Geniene Hurlbut Ciuca of West Columbia, SC; Terry and Leasa Hurlbut McGill of Pittsburgh; and Dean and Jamie Hurlbut of Allegheny Township.  She was also the beloved grandmother of Shauna Romine, Tiffany (Randy) DuPree, Matthew (Mary Angela) Ciuca, Angela Ciuca, Brigette (Brian) Marsh, Brian McGill, Patrick (Lizzie) McGill, Kelly (Joe) Dalfonso, Marianna Kostie, Lee (Karen) Echard, Alexis Hurlbut, Mallory (Paul) Radowicz, Kaley Bowman, and Jessica (Michael) Huth; as well as, 15 great grandchildren.  She is also survived by her sister, Joan (Claude, deceased) Wilhelm and sisters-in-law, Jerry (Al, deceased) Hawk and Jackie (Dave, deceased) Guenther.  She was preceded in death by her husband, parents; a daughter, Sherrie Hurlbut; granddaughters, Stephanie Hurlbut and Melanie Musala; brothers-in-law, Mansil Jr. Hurlbut and Robert Hurlbut; and sisters-in-law, Elvera Hurlbut and Dolly Hurlbut.  Family and friends will be received from 2-4 and 6-8 pm on Sunday in the Frank F. Gigler Funeral Home, Inc., Robert P. Karish, Supervisor, 2877 Leechburg Road, Lower Burrell, PA 15068.  A Funeral Service will be held on Monday at 11:00 a.m. at Puckety Presbyterian Church, 1009 Puckety Church Rd, Lower Burrell with Rev. Doug Marshall officiating. EVERYONE PLEASE MEET AT THE CHURCH.  Followed by a Christian burial in Greenwood Memorial Park.  In lieu of flowers, donations may be made in Dorothy Jean’s memory to Puckety Presbyterian Church Memorial Fund, 1009 Puckety Church Road, Lower Burrell, PA  15068.