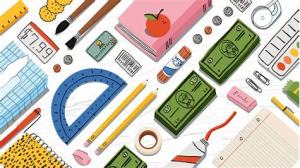 Linda (Ozimek) Harden, age 70, passed away unexpectedly on Monday, November 11, 2019, in a motor vehicle collision in Raleigh, North Carolina.  She was on her way to visit her two granddaughters, Nina and Mira Banyal, whom she loved dearly.  Linda lived in Raleigh for the past 8 years so she could be close to her daughter’s family.  Linda was born in Natrona Heights, PA on January 5, 1949, to the late Joseph and Margaret (Jezik) Ozimek.  She grew up in Ducktown (West Natrona), Pa and Lower Burrell, Pa surrounded by family.  Her grandparents immigrated to the Pittsburgh area from the “Old Country” (Poland and Czecho-Slovakia) in the early 1900’s.  Linda belonged to the first class to graduate from Burrell High School in 1966.  She attended Indiana University of Pennsylvania with her fraternal twin sister and graduated with a Bachelor of Science degree in Math in 1970.  During her college summers, she worked in the tobacco fields in Connecticut and at the beach in Ocean City, Maryland.  After graduating from IUP, Linda worked as a computer programmer at U.S. Steel in Pittsburgh.  She had fond memoires of living on the hillsides in Pittsburgh, having to climb the stairs carved into the cliffs to get to her apartment.  In Pittsburgh, she met her future husband, William (“Bill”) Harmon Harden, III.  They married in 1972, moved to the fertile countryside in Indiana Township, and had a daughter, Rachel Anne Harden.  In 1984, Linda, Bill and Rachel moved to Mocksville, North Carolina, where Bill worked as an engineer at Ingersoll-Rand.  Linda earned her teacher certification from Catawba College in Salisbury and taught high school math at various schools in the area.  Her family settled in Yadkinville, NC in 1987, where she lived for many years.  She and her family were members of Mitchell’s Chapel United Methodist Church.  Linda returned to Lower Burrell in 2001, where she enjoyed time with family there, until moving to Raleigh in 2011 to be close to her daughter’s family.  In Raleigh, she made many friends at Windsor Spring, a senior living community.  Linda was preceded in death by her parents and her nephew Jonathan Edward Ozimek.  She is survived by her daughter Rachel Harden Banyal, son-in-law Rajneesh Banyal, and granddaughters Nina and Mira Banyal; her ex-husband William H. Harden, III, her twin sister Lorraine Kuniak and nieces Jacqueline (Joseph) Tomayko and Jeanine Kuniak (Ross Giorgianni); her brother Edward (Janice) Ozimek, nieces Vanessa (Mike) Ciavarri, Rebecca (Ryan) James, and nephew Nick (Katie) Ozimek, and many grandnieces, grandnephews and cousins.  Linda cherished her role as Grandmother and showered her two little granddaughters with love.  She will be missed dearly by them and all of her loved ones.  Family and friends will be received from 2-4 and 6-8 p.m. Monday in the Frank F. Gigler Funeral Home, Inc., Robert P. Karish, Supervisor, 2877 Leechburg Road, Lower Burrell, PA  15068, 724-335-6500.  Mass of Christian Burial will be held 10:00 a.m. on Tuesday in St. Margaret Mary Church, 3055 Leechburg Road, Lower Burrell, PA  15068.  Interment will follow in Greenwood Memorial Park.