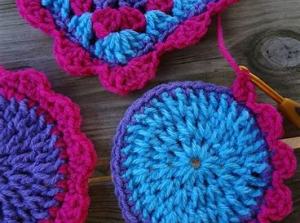 Rosalie Virginia (McCanna) Harmon, 99, of Plum, formerly of Lower Burrell, passed away peacefully on October 4, 2019 at Concordia Lutheran Ministries, Cabot just slightly short of her goal of living to 108.  Although she fell short of reaching that goal, it wasn’t for a lack of trying.  She was a lady of true grit and determination.  She will be missed.  Rosalie was born on February 11, 1920 in East Brady to the late Arthur St. Clair and Virginia Burdette McCanna.  Rosalie was born with a green thumb and could make anything with or without roots grow.  She spent many hours volunteering, especially with the Salvation Army.  She crocheted more lap blankets for nursing homes than could ever possible be counted.  She is survived by her children Frank Jr. (Bonnie) of Upper Burrell, Peggy (Eugene) Godleski and Marlene (Al Goldizen) Harmon both of Plum.  Grandchildren Bob (Susan) Willison, Jackie Willison, Shannon (Tim) Moret, Tim Harmon, Todd (Melissa) Harmon, Michael Godleski, Denise (Mike) Caldrone, Greg Godleski, Megan (Matthew) Menard, and Holly (Michael) Levin.  Fifteen great-grandchildren and three great great-grandchildren.  In addition, to her parents she is preceded in death by her husband Frank (Doc) Harmon, Sr., a daughter Dona Rose Willison, and two great-grandchildren, Sherry Lynn Harmon and Benjamin Moret.  Family and friends will be received from 2-4 and 6-8 p.m. Monday in the Frank F. Gigler Funeral Home, Inc., Robert P. Karish Supervisor, 2877 Leechburg Road, Lower Burrell, PA 15068 (724) 335-6500 where a funeral service will be held on Tuesday at 11:00 a.m. with Pastor Sharon Waltenbaugh officiating.  Interment will follow in Greenwood Memorial Park.

To send flowers to the family or plant a tree in memory of Rosalie Virginia (McCanna) Harmon, please visit our floral store.