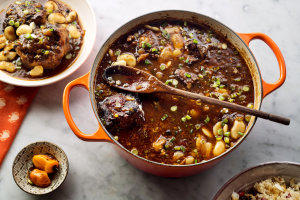 Ida “Pearl” (Adams) Beattie, of Apollo, formerly of New Kensington went home to be with the Lord on Wednesday, January 22, 2020.  She was the beloved wife of William Howard Beattie, of Apollo.  Loving mother of Stephanie (Sean) Miller, of Vandergrift and Brian (Leeann Kozlowski) Beattie, of Apollo.  She is survived by her brother, Francis George (Barbara) Adams, of Lower Burrell; sister-in-law, Jane Brunetti, of New Kensington; granddaughter Marissa (Steve) Cox, of Apollo; great grandson Owen Cox and great granddaughter, Emma Kozlowski, and numerous nieces and nephews. She was preceded in death by her parents, Joseph and Gladys Evicehak and brother-in-law, Frank Brunetti.  Pearl loved quilting, sewing, cooking, and watching cooking shows.  She especially enjoyed spending time with her family.  She was a member of the First Baptist Church, where she enjoyed attending church and Bible study.  Friends and family will be received from 1 until time of service at 3 pm on Sunday in the Frank F. Gigler Funeral Home, Inc., Robert P. Karish, supervisor, 2877 Leechburg Road, Lower Burrell, PA.  15068.  Service will be officiated by Pastor Joseph Miller, IV.  In lieu of flowers, memorial contributions may be made to First Baptist Church, 3740 Seventh Road, Upper Burrell, PA  15068.

To send flowers to the family or plant a tree in memory of Ida "Pearl" (Adams) Beattie, please visit our floral store.