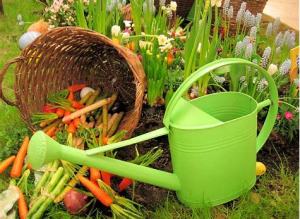 Pearl R. Birch- Scott, age 92, of Lower Burrell, Harmarville, and recently of Apollo, passed away peacefully on Thursday, May 14, 2020 at Quality Life Services.  She was born in New Kensington on September 11, 1927 to the late Harry and Margaret (Shadle) Gregg.  She was preceded in death by her first husband Calvin Birch, Sr. and survived by their two children; Margaret “Peg” (the late Arthur) Birch Scisciani, of Middlesex Twp. and Calvin (Susan) Birch, Jr, of Boise, Idaho, and grandson Luke Birch.  Also preceded in death by her second husband, the late James Scott I, who had one child, the late James Scott, II, who is survived by his wife Donna and three granddaughters, Valerie Scott, of Texas, Alexandra (Ernest) Fisher, of Oakmont, and Caralyn Scott and great granddaughter Amelia Rose Fisher. Pearl was also preceded in death by her brother Edgar Gregg and sister Anna Mae Kiebler Birch.  Pearl is also survived by her fiancé Lou Smith with whom she made her home for the last 15 years and he will miss her greatly. She is also survived by her aunt Dorothy Moore, of Lower Burrell and her uncle Paul (Dorothy) Shadle, Sr., of New Kensington; and several nieces and nephews. She retired from the Pittsburgh Field Club after 35 years.  A hostess and waitress, she enjoyed welcoming guests and seeing to their needs.  She loved to cook and entertain, as well as, working in her gardens and traveling.  Although she had practiced several faiths during her life, she was mostly recently a member of St. Margaret Mary Church in Lower Burrell. Visitation will be held on Monday 2-4 and 6-8 p.m. (following the current restrictions, guidelines, and wearing a mask upon entering) at the Frank F. Gigler Funeral Home, Inc., Robert P. Karish, Supervisor, 2877 Leechburg Road, Lower Burrell (724) 335-6500.  Private mass of Christian Burial will be held at St. Margaret Mary Church in Lower Burrell, followed by private internment at Greenwood Memorial Park.  Memorial contributions may be made to any animal rescue shelter of their choice.

To send flowers to the family or plant a tree in memory of Pearl R. (Gregg) Birch-Scott, please visit our floral store.